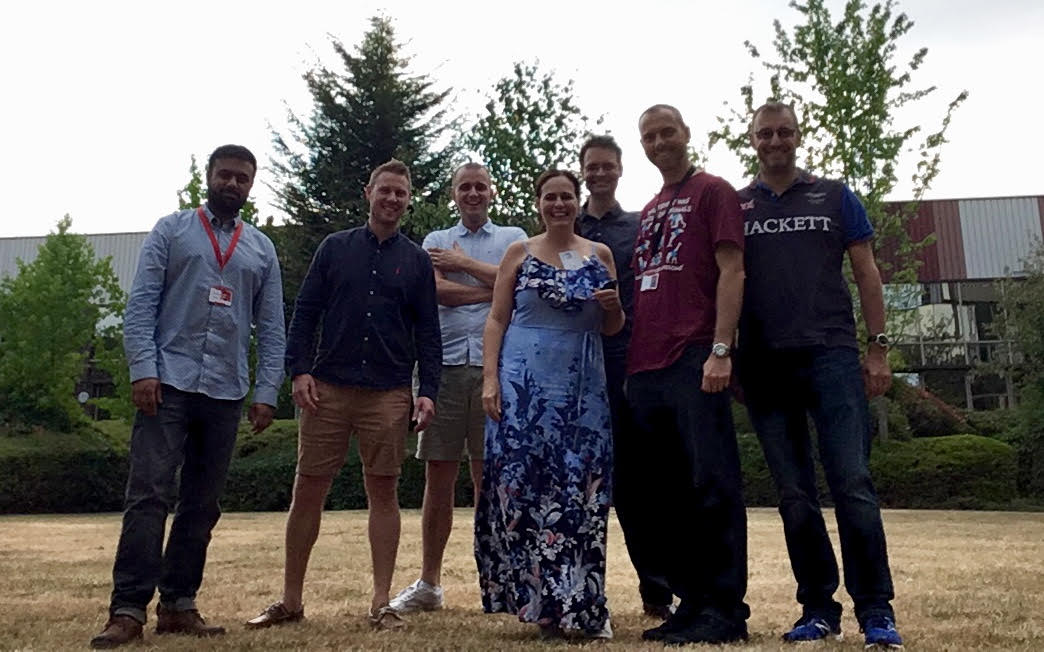 After six months out of the country we had a lot to catch up on. It was great to meet with family, friends and ex-colleagues during our first days back as we got over the jet-lag and adjusted to life back in the UK. Of course, while we were away, we were aware of some of the events back home. We heard about the harsh winter that we had missed, “The Beast From The East” that had caused havoc with snow and bitter cold, followed a few months later by a heatwave that was still ongoing. There was the news of an earthquake striking the UK, ironic given we had been in countries such as Chile and Japan. Most concerning of all was perhaps KFC’s crisis where the fast-food restaurant chain had actually run out of chicken.

Another trend that we came back to that we had never expected, was what appeared to be an exodus of workers from my home town of Milton Keynes to Corby. Over catch-up lunches and evening drinks, we came to learn that at least three of our previous colleagues were going there. This was in addition to two others that already made their way there before we had left the country. No doubt a pleasant place, we were still puzzled why Corby appeared to have become such an attraction. We looked to Trip Advisor, so often a resource we turned to while on our travels, for some clues. “Okay if in the area,” one review said of Kirby Hall, “I visit(ed) this place (a) few times because is very near to my house,” said another about the Rockingham Motor Speedway. We needed to learn more.

It turned out that our friends were converging on the Weldon North Industrial Estate towards the North-East of the town, or to be more precise, the headquarters of RS Components. Beginning life operating from a lock-up garage in North-West London as Radiospares Limited supplying radio shops with spare parts, the company began selling electronics parts in 1954 and was rebranded as RS Components in 1971. It now has operations in 30 countries around the world and offer more than 500,000 products through the internet, catalogues and trade counters to over one million customers. We answered the call of Nick, one of the Scrum Masters there, who had posted a message on social media, expressing a desire to see Agile at work in other companies. Though not quite what he intended, this led to us contacting him to see if RS components would take part in our Agile Around The World study.

Nick greeted us at the reception on a typical 2018 British summer’s day, one branded as ‘Furnace Friday’ by the media. Nick told us that when he joined RS Components nearly two years previously, he and his team were tucked in a ‘dusty corner.’ Now, the office space where the Scrum teams work have been completely transformed. We saw for ourselves a modern plush office. All of the teams had masses of space between them, with plenty of room for whiteboards for each team without cluttering the place. Throughout the day, we made use of the pods and meeting rooms to chat with some of the staff. The pièce de résistance was a large meeting room with a semi-circular sofa in front of a massive screen, an ideal space for collaborative team meetings. More screens hung from the walls over the team areas, radiating information such as Definitions of Done and the build status. Signs hung over the banks of desks, proudly showing the teams’ names. These were not DIY jobs; the signs were professionally made with carefully designed logos for each team. There were names such as “Titan”, “The Berserkers” and “Night’s Watch”. I doubt that they had such proud signs for when the teams were called “Search” or “Product Page” previously.

We sat down with Su who had been overseeing the transformation program at RS Components for what was coming up to two years to hear about the change of organisational structure and culture. Allowing the teams to create their own identity was only one small part of the strategy. Team names may seem superfluous to some, but encouraging teams to create their own identity has brought people together more. They are defined by this identity and not by a work silo; the idea is to create competent, confident teams at ease with themselves that can pick up any type of work, giving the organisation greater flexibility.

As the Agile transformation has gained traction, the number of Scrum teams has grown from four when Su first arrived to ten, with plans for the formation of more teams. This means that RS Components has an ongoing challenge to attract good people. Corby has yet to establish itself as the Silicon Valley of the Midlands – it does not have the catchment area for developers as there would be in London or San Fransisco for example. Relying on the pull of Kirby Hall and Rockingham Motor Speedway alone is not enough; instead, it is important that RS Components have a culture that is attractive in today’s market. Su is a big fan of Dan Pink’s motivation theories. “When we take away people’s restrictions, they will get things done,” Su said. Gone are the dress codes, set hours and command and control task management to be replaced by empowerment, encouragement of collaborative working and a drive towards the autonomy, mastery and purpose talked about by Pink. These are big statements for a company such as RS Components and where they have come from, and goes beyond teams merely doing stand-ups and sticking post-it notes on walls.

The journey has not been easy. There was a layer of business partners who acted as the conduit between the business and the technical teams – this was phased out relatively recently to have more collaboration between business people and Agile delivery teams. New thinking around engineering and architecture have replaced a traditional mindset. How to organise and coordinate effort on an inter-related code base with such a number of teams is a challenge, one that we have seen in many places around the world. Scrum of Scrums meetings are used for coordination across teams and release planning, with communities of practice developed for competency groups to get together and share experiences. There has been a lot of change, no doubt bringing with it a lot of uncertainty for people that have been at the company for many years. Fear and cynicism has turned to curiosity and a willingness to give it a go.

We spoke to the BA and the Scrum Master of the ‘Delta Force’ team, other team members made up of SAP veterans who had recently joined the company. They were only in their second sprint together, but we heard how well the team had embraced Agile ways of working, practices that was new to all of them. They were having fun together, communication and collaboration was already embedded and perhaps most impressively, they are able to do 3 releases a week.

Su showed us the “Product Led Model” that she had created with the business, a framework to focus minds on the customer journey and on desired outcomes instead of chasing the digressive goal of “being digital”. The model visualises the customer journey, from marketing to inspire the customer, through finding and purchase of the right product to after sales support. The model helps everyone, from executive level through to the teams and the Product Owners to see the full vision, a really helpful tool when there is a danger of POs and teams getting lost in their own area of focus. The model is also helping to shift thinking from the need for project proposals and budget approval to seeing teams as a static fixed cost that own and evolve products.

Two years is not a long time when it comes to such an organisational transformation, however the changes in culture and the Agile practices being adopted at RS Components shows how far they have come already. We had such interesting discussions that we didn’t have time to visit Kirby Hall afterwards. Not that it mattered; as Agile nerds we had already visited the highlight of Corby as far as we were concerned.

Many thanks to everyone we spoke to during our visit, and to Nick for organising and facilitating.

Previous
Filestage – Streamlining the creative workflow, based on customer feedback
Next
101 Ways – Product, technology, delivery with an Agile state of mind