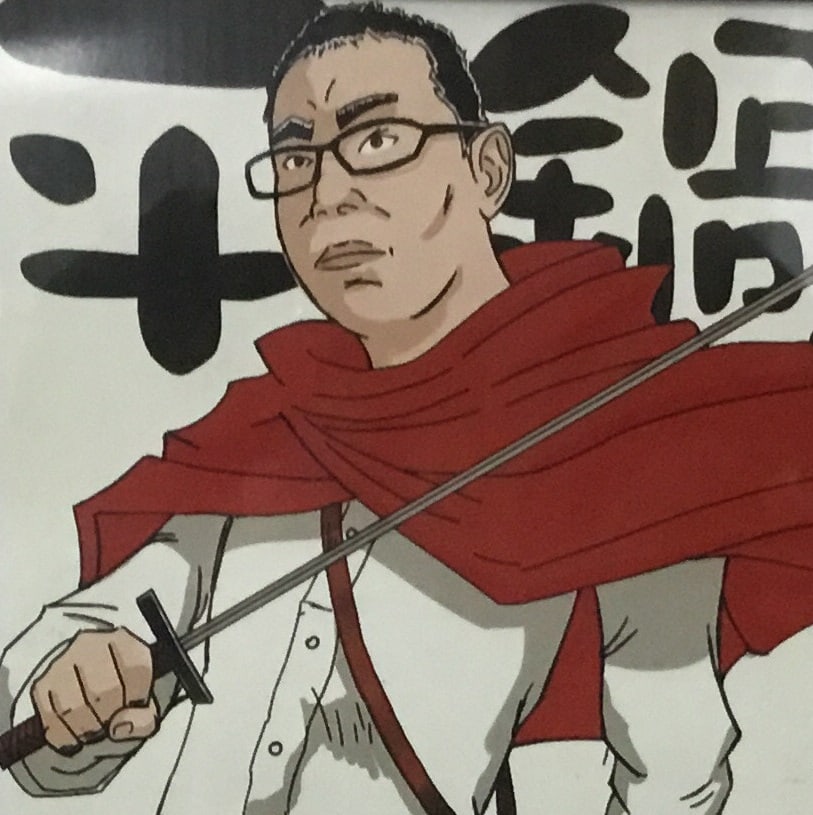 In baseball, the pitcher and the catcher must start play in a designated area whereas the other fielders can change position depending on what they think the batter and runners are going to do once play begins. More balls are hit towards the shortstop position than any other, simply because there are more right-handed players in a baseball team than left-handed players, and to quote Wikipedia, “like a second baseman, a shortstop must be agile”. Though each fielder is given an area of responsibility to cover, should the ball be hit in a line in-between fielders, between shortstop and third base for example, both fielders go for the ball, both doing their best for the team despite it being unclear whose responsibility it is.

The lesson on baseball, complete with the diagram on a white board below, was given to us by Kenji Hiranabe, CEO of both ESM, Inc. and Change Vision, Inc. in his office in Fukui, Japan. We have learnt so much on our Agile Around The World trip, but I never expected to be learning about baseball from Kenji. 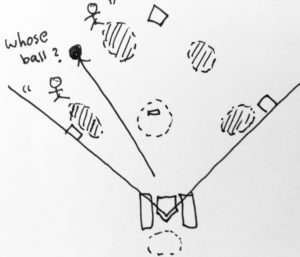 During our discussion, I had asked who the leaders of the Agile movement were in Japan. Kenji turned his eyes to the ceiling in thought while demonstrating Japanese humbleness. It was an unfair question on my part; Kenji’s name had come up a number of times as someone we simple must visit during our time in the country. Kenji began his Agile adventure at the turn of the millennium when, then a developer, he discovered Kent Beck’s book, Extreme Programming Explained. He has since translated a number of books into Japanese including; Lean Software Development by Mary and Tom Poppendieck, XP Installed by Ron Jeffries and Agile Project Management by Jim Highsmith. Extreme Programming Explained would have been first on his list if only someone else hadn’t gotten hold of the rights first. Together with professor Ikujiro Nonaka, he wrote the book Agile and Scrum: Collaborative Software Development That Connects Customers, Engineers and Management (yes, THE Ikujiro Nonaka, one of the ‘grandfathers’ of Scrum who, together with professor Hirotaka Takeuchi, first wrote about the “scrum” analogy in their Harvard Business Review article The New New Product Development Game. Kenji and Yasunobu Kawaguchi, Agile Coach at Rakuten, invited Jeff Sutherland to Japan and introduced ‘grandfather’ and ‘father’ of Scrum to each other. 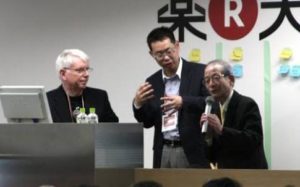 Kenji is a frequent speaker at Agile conferences and in 2008 he won the Gordon Pask Award Recipient for contributions to Agile practice. And now Kenji Hiranabe was talking to us about field positions in baseball and how this relates to Agile in Japan.

We were already aware of a number of common patterns in Japanese work culture. As discussed in a previous blog, working long hours has traditionally been a way of life. People are used to following orders from above in company structures that have followed Tayloristic ideas of layers of management and top down control which worked brilliantly for the decades of the Japanese economic miracle from the 1950s to the start of the 1990s. People of that era do not see why there is a need to change how things are done.

This goes some way to explaining why the Agile movement is not yet as widespread in Japan as in the US and Europe. However, the disrupters are coming; AirBnB is changing the way we book holiday accommodation, Uber and others have changed how we get around, Amazon how we shop. In Japan, IT functions have commonly been outsourced to separate companies, but amid a growing sense of urgency to change, many companies are bringing IT in-house and looking how to deliver faster with the same high levels of quality. Kenji is one of the leaders in a growing movement. He told us that when he attended an Agile conference in Salt Lake City in 2004, he was one of only four attendees from Japan. When he went to the latest Agile conference in the US there were twenty.

ESM (EIWA System Management) develops and builds information systems and develops educational software. The company was founded in 1980 in Fukui and Kenji joined the company in 1995. In 2002 Kenji set up a small office in Tokyo and started an XP community. His co-worker Fumihiko Kinoshita created the “Agile division” in 2014 with programmers working directly with customers in Agile ways. Today, there are around 200 engineers working at ESM. With such a large and complex operation and Agile ideas so foreign to people in Japan, Kenji was pragmatic with the adoption, realising that there was a lot of work to do to change people’s mindsets. While not all of the teams in the organisation are doing Scrum, XP or Kanban, the fundamental Agile values are in place. People are empowered. Kenji values customer collaboration above all else, inviting clients to the Fukui office to work with the ESM teams (the offer is very popular during winter when it is crabbing season in Fukui!). The aim is to build a two-way relationship that includes the teams at ESM having a say on which clients to work with. Sustainable pace is core; those overtime hours at ESM are a tiny fraction compared to what happens at most companies in Japan.

Quality is another area that is important not just at ESM but across Japanese culture. Perfection is expected. When Agile is used on an engagement, there is suspicion of delivering in increments and one of the first questions that clients will ask is “how do we ensure quality?” This is another mind shift; for many in Japan QA is done by a separate team, often outsourced to a specialist company and done towards the end of the development cycle. To borrow from Kenji’s baseball analogy, QA has traditionally acted as the baseball game’s umpires. At ESM they are instead on the field and part of the team.

Japanese people are, in general, very polite and the last thing they want to do is to say or do something that would offend somebody else. They are also a naturally shy people. There is a saying that translates as “a nail sticking out needs to be hammered down,” meaning people do not like those that draw attention to themselves. Together with those traditional hierarchical company structures that represses people from speaking out, it makes retrospectives for example very difficult, but Kenji has set the tone in his retrospective events with emphasis on the prime directive to create a feeling of safety to speak out. Kenji has found that even in Japan, once people have a feeling of psychological safety, they do open up. Just like the shortstop, second base and third base players in baseball, we have heard numerous examples of how Japanese people readily work and collaborate together, going outside of their areas of defined responsibilities to help each other for the good of the team. There is plenty of evidence that Agile can work in Japan and ESM is one example. Another is Change Vision, Kenji’s other company, but we will share that story in a future blog.

Many thanks to Kenji for meeting with us, it was such an interesting day and a privilege to meet one of Japan’s Agile ‘big hitters’!