Sepulsa – Where happiness is more than just a job title 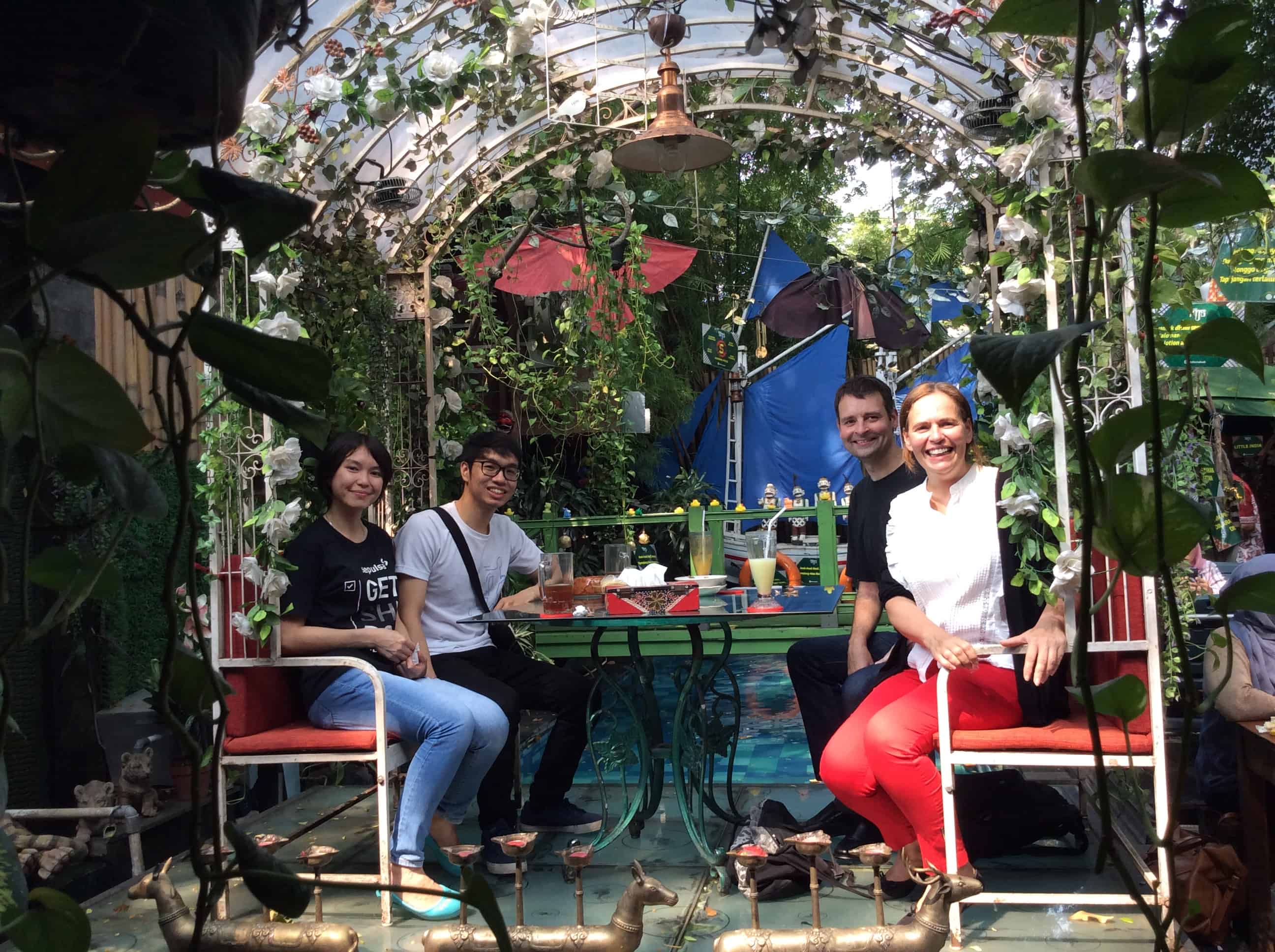 In a typical display of Indonesian hospitality, we were warmly welcomed by the team at Sepulsa at their offices in central Jakarta. This was at the end of a busy week for them as they were still settling in after an office move, so we were very thankful to them for accommodating our visit on very short notice. They were truly open and were happy for us to talk to many of the people working there including Scrum Masters, Product Owners and development team members.

With staff from across Indonesia, a complex country made up of 33 provinces, thousands of islands, and many further different sub regions and languages, Puspa, Chief of HR – ‘Happiness Resources’ – was really interested in understanding managing cultural differences, and our Agile Around The World study.

The office move is a sign of just how far Sepulsa have already come since they were founded in 2015. Puspa told us that she was the thirteenth person to join the company. At the time of our visit, just three years later, their numbers have grown by more than ten times, with Sepulsa employing more than 150 people. Sepulsa is an e-commerce site, providing a wide range of payment options online such as credit recharge, electricity bills and finance instalments. This is a key service in Indonesia, a country where the vast majority of people do not have bank accounts, but mobile devices are ubiquitous.

Scrum was used from the company’s inception. Teams are cross functional with people placed according to the balance of work required on the project. For example, we met one team that was made up of 3 back end developers, 3 front end developers, and 3 testers as well as a Scrum Master and a Product Owner. The balance in other teams can be completely different. The most difficult part they have is managing dependencies; because of the nature of the product, there are many dependencies on third party APIs so some advance planning and coordination is needed.

Sprints are for two weeks, but as we have seen more and more throughout our trip, functionality can be deployed into production at any time once automated and manual tests are passing and the Product Owner has reviewed the changes and is happy. End of sprint reviews are still used with the whole team and interested stakeholders in attendance to give their feedback. Daily Scrums are disciplined, they are kept to 15 minutes and detailed technical discussions are taken out of the Scrum and followed up later.

Two things really struck us. The first was the Product Management and how the Product Owners were really focusing on gathering feedback to drive the direction of the products. Trimo, one of the Product Owners, told us that he meets regularly with the customer service and operations teams to understand how real users are experiencing the products. He also meets with real users, having sessions at least once a month with user groups. Tooling allows user journeys to be recorded so that what the users are actually doing can be observed and analysed. Simple product based KPIs are set to focus minds on what should be worked on and to measure success. A simple but effective tool that is used that I loved is a visual graph of value verses effort, exact numbers do not need to be used, with relative estimates based on ‘gut feel’ and dividing functionality into quadrants on the graph. This allows the Product Owner and the team to quickly create something visual that helps them prioritise. 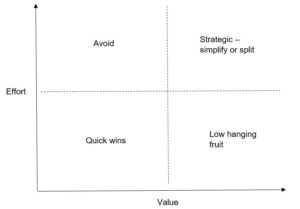 This also helps the POs build a road map at Epic level at the regular planning meeting that is held with the CEO. Members of the UX team are also in attendance at this meeting so that they can start thinking about wireframes and designs. Though they didn’t use the description, this sounds like a simple Scrum of Scrums approach to scaling. The Product Owners then share the medium to longer term vision for the product with the team. When we asked, ‘What makes Sepulsa successful?’ Trimo gave a great reply that was along the lines of, ‘Our product is a good fit for what the market needs, and we know how to monetise the demand.’

The second thing that struck us was Sepulsa’s company culture. Our observations in Indonesia is that the Agile movement is still in its infancy and it is a culture where hierarchy, respect for authority and avoidance of confrontation is embedded. Sepulsa are clearly an exception. They see the importance of open communication. People are encouraged to be brutally honest and say what they think. They should feel comfortable and safe doing so. People are given flexibility including freedom and trust to work from home one day a week. Finding good Scrum Masters or people that know Agile is a struggle in Indonesia but Sepulsa have four Scrum Masters, or as they like to call them ‘Agents of Happiness’. Rudy, one of the Agents of Happiness told us how he had been briefed to focus on spreading the Scrum values throughout the whole company.

There are a few things that they know they need to work on. Stories do get carried over from sprint to sprint, with testers trying to complete testing for previous sprint’s work. Although improving at Sepulsa, there is still some way to go for team members to feel comfortable raising issues, such as pushing back on Product Owners on what can be planned in a sprint. Team members are involved in the planning stages quite late. They have the additional challenge of keeping their values in place as they grow rapidly. However, Sepulsa have the basics in place, but most of all they have the right company culture of openness and empowerment which should allow them to continually improve and be successful.

Many thanks to Puspa, Rudy and Diana for facilitating our visit. A special shout out goes to Jonathan, one of the developers, and Diana, another agent of happiness who took us to lunch at the most amazing local restaurant – we were certainly happy!